The ASX closed the week deeply in the red in step with global markets after the RBA joined the BoE and the US Fed is implementing unprecedented rate hikes.

A lot of the pain inflicted on the local bourse in the second half of the week stemmed from a brutal sell-off in the US markets.

The ASX Materials Sector (ASX:XMJ) closed down 3.14% as rising rates threatened global growth, and in turn, demand for materials.

Even gold miners Newcrest Mining (ASX:NCM), Northern Star Resources (ASX:NST), and Evolution Mining (ASX:EVN) closed lower by 1.71%, 2.07%, and 4.51%, respectively, as the stampede for the exits spared no one, not even safe-haven assets.

The ASX Energy Sector (ASX:XEJ) was a relative outperformer this week at just 0.07% down for the week, ending almost flat.

This significant outperformance was likely due to the sector’s inflation resilient nature and the EU’s proposed ban on Russian oil by the end of the year.

Moreover, the sector is a big exporter of coal and was, therefore, buoyed by China’s reassurance of serious stimulus measures.

The Financials Sector (ASX:XFJ) had a particularly volatile week after the RBA hiked rates on Tuesday.

Major banks decided to pass on the entire hike to variable-rate mortgage holders and other applicable lending.

Over the week, majors ANZ and NAB both reported after-tax earnings growth of 20% and 10.7% for 1H.

Financial Services major Macquarie Group (ASX:MQG) reported a solid full-year earnings number of A$4.7 billion (up 56% YoY); however, the stock ended down 8.86% for the week in a bleak macro environment.

Magellan was bid up by investors after its latest FUM report showed a decline in outflows and there was more clarity on leadership.

The ASX Industrials Sector (ASX:XNJ) closed the week lower by 1.36%.

Lastly, Qantas Airways (ASX:QAN) lost 6.62%, after it announced projections to return to profitability by FY24 and a buyout of Alliance Aviation for A$614 million.

The ASX Telecom Sector (ASX:XTJ) closed down 2.5% as the prospects of higher rates would hit the capital-heavy sector.

The ASX Healthcare Sector (ASX:XHJ) closed lower by 2.59%, again due to the prospective increase in the cost of capital from rate hikes.

However, Immugene’s slide had more to do with the termination of its supply agreement with Merck Sharp and Dohme.

The ASX All Technology Sector (ASX:XTX) took a heavy, rate-hike-rattled beating due to its high-risk, high-growth nature, declining 7.26% for the week.

RedBubble (ASX:RBL) also lost considerably at 4.97% down for the year. Datacenter and semiconductor players NextDC (ASX:NXT) and Altium (ASX:ALU) closed down 5.53% and 4.13%.

The Utilities Sector (ASX:XUJ) continued to be an outperformer in these times of volatility at just 0.30% down for the week.

AGL was in the news after billionaire Atlassian founder Mike Cannon bought an 11.3% stake in the company, becoming its largest shareholder.

Cannon is determined to block the company’s proposed demerger of its electricity production and distribution business as he disagrees with the board on the rationale for the transaction.

The Real Estate Sector (ASX:XPJ) closed lower by 5.73%, due to the sector’s heavy debt exposure and the prospect of high rates hurting margins, depressing asset prices, and increasing the cost of capital, apart from already high inflation.

The Consumer Staples Sector (ASX:XSJ), like other defensive assets, was a relative outperformer at 0.64% down for the week.

Woolworths stated in its trading update of A$11.7 billion for the quarter that supply chain and inflation remained serious concerns for the company.

Finally, the Consumer Discretionary Sector (ASX:XDJ) closed down 2.59% for the week.

CTD saw selling from investors following the release of its Q3 trading update.

Investors voted with their feet on Temple and Webster’s proposal to expand into the home improvement market.

This Week in ASX Stocks

There are four major earnings announcements scheduled for next week.

This was a particularly volatile week in markets from a macroeconomic standpoint.

On Tuesday, the RBA surprised the markets when it hiked rates for the first time in 11 years but did so by a bigger margin than the consensus among analysts and economists of 15 basis points.

However, the RBA hiked 25 basis points in a bid to reign in 25-year high inflation.

Over the week, Australian markets were greeted by strong retail spending trends in March.

However, building permits for March fell a sharp 18.5% YoY, following a 42.0 percent rise in February.

The drop is a matter of concern given Australia’s hitherto hot housing market amidst rising rates.

The US markets had a roller coaster ride of their own.

On Wednesday, Fed Chair Jerome Powell unveiled a widely expected 50 basis-point rate hike and put to rest any speculation regarding a possible 75-point hike over the rest of the year.

His statements sent markets soaring in the last minutes of the session by nearly 3%.

However, sentiment quickly reversed the next day with a 3+% drop in major indexes and a 5% decline on the tech-heavy NASDAQ.

On Friday, the US markets were slightly calmed by a better than expected jobs report but still ended in the red.

Meanwhile, the UK followed suit with its fourth consecutive rate hike to 1%, after inflation hit a worrying 7% and the BoE highlighted recession risk later in the year.

The Euro-zone was mostly quiet over the week but announced plans to cut Russian oil imports to zero later in the year.

However, it is not clear if they will be able to make good on these promises as Hungary equated the plan to dropping an atomic bomb on its economy.

Next week, on Wednesday, we have ECB President Lagarde’s Press Conference followed by the all-important US MoM Core CPI for April.

On Thursday, the UK reports YoY, QoQ, and MoM GDP for Q1 along with Manufacturing GDP while the US publishes Crude Oil Inventories, Producers Price Index (PPI), and Initial Jobless Claims.

During the week, as expected, the pair bounced off a support band after the FOMC rate hike, and global markets entered a relief rally.

However, this up move was a flash in the pan, and risk assets, the very next day, were mauled by fresh strength in the US Dollar.

The Dollar Index, at 103.658, is threatening to break out into new multi-year high territory.

It is a moot point whether the Aussie, despite the new hawkish actions by the RBA, will be able to counter the US dollar, which is likely to have the upper hand.

Despite strong employment and wage numbers out of New Zealand, the Aussie seized the advantage with the larger-than-expected rate hike from the RBA, which in turn telegraphed the Australian central bank’s hawkish trajectory.

In its latest Financial Stability Report the RBNZ warned that “a larger correction” in house prices remains a possibility that could “significantly reduce housing wealth and lead “to a contraction in consumer spending.”

The AUD/NZD has broken out of its rising channel (see maroon circle) and is held back only by the 1.10500 resistance line stemming from the August 2020 top.

The pair could consolidate around that line and the upper channel line until the RBNZ’s rate review on May 25. 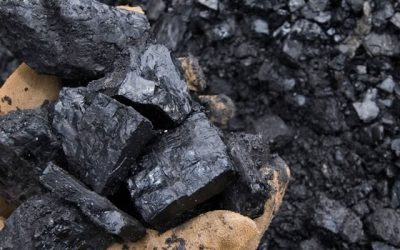 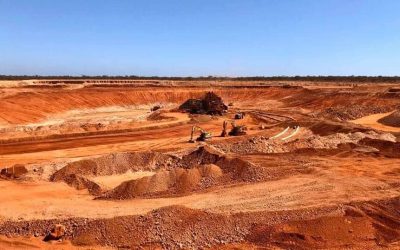 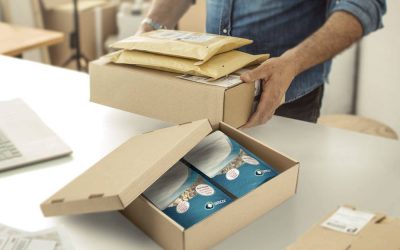