The week was categorized by investor reactions to the sudden change of stance adopted by US Fed chair Powell and apprehensions that the Omicron virus mutation could derail all economic progress made since the Delta variant.

The week started with the markets spooked by increasing Omicron infections around the world that led to several countries either extending lockdowns or barricading their borders in a replay of Delta.

Markets were down about 1.3% at their lowest on Thursday, following which an end-of-week rally brought them into nearly flat territory.

Instead, he telegraphed a more aggressive taper amidst inflation that was getting out of hand.

However, weak jobs data later in the week appeared to calm fears of such tightening given the current economic scenario, especially with Omicron looming large.

Crown Resorts (ASX:CWN) ended the week higher after rejecting yet another revised A$8.46 billion offer from Blackstone Group.

The company however has invited Blackstone to bump their bid further.

Banks had a good week with all majors inching higher.

Westpac (ASX:WBC) was the odd one out having ended the week down 0.48% after being fined nine figures for fraud.

Major miners had a green week despite Chinese ore futures dropping heavily over the week and its real estate crisis intensified.

MoneyMe (ASX:MME) was a standout from the space with a weekly return of 2.05%.

Things continued to go bad at Nuix (ASX:NXL) and lawsuit pressures mounted the share price and pushed nearly 16% down for the week.

The oil sector performed well as the rise of Omicron gave OPEC the leverage it needed to hold off increasing supply.

No major companies are due to report numbers in the coming week.

Wholesale distribution and marketing company Metcash Trading (ASX:MTS) is due to report interim results on Monday, the company has not given any formal guidance for FY22.

American West Metals (ASX:AW1) is due to make its market debut on Tuesday and aims to raise between A$11 million and A$15 million.

The company is engaged in mineral and metals deposits discovery.

The Hydration Pharmaceuticals Company (ASX:HPC) is a health and wellness company that manufactures glucose and electrolyte supplements that will make its market debut on Thursday.

The company aims to raise A$17 million from shares prices at A$0.29/share.

Larvotto Resources Ltd. (ASX:LRV) is an emerging gold and copper exploration company that aims to raise A$5 million – A$6 million from shares priced at A$0.2.

The company makes its market debut on Monday.

RocketBoots (ASX:ROC) is an enterprise software company that will make its market debut on Tuesday.

The company aims to raise A$4.25 million from shares priced at A$0.2/share.

Last week, the US jobs report disappointed from an economic standpoint but gave market participants some solace as it assured that strong tightening and tapering are out of the picture at this point in time.

Saturday’s non-farm payrolls painted a similar picture with an increase of 210,000, far below expectations of 573,000.

The US Crude Oil Inventories reported a drop of 747,000 barrels, far lower than consensus estimates of a 1.6 million barrel drop.

The lesser than expected drop failed to boost prices, bringing the monthly performance of WTI to nearly -20%.

Economists’ and analysts’ projections of a 2.5%-3% contraction were far off the reported figure of 1.9%, thus seeding the market’s recovery over the second half of the week.

The index bounced 50.1 points representing an increase in manufacturing activity for the first time in the last 2 months, but the figure is still among the lowest in the last 2 years.

All eyes will be on the RBA on Monday in anticipation of the Interest Rate Decision and Rate statement.

The rest of the week is expected to be uneventful with the only major macro events being the Crude Oil Inventories on Wednesday and Initial Jobless Claims on Thursday.

The US is also due to report Core CPI on Friday.

It opened the week on a positive note but then spent the next couple of days vacillating inside a broadening formation which resolved with a pronounced down move at the close of the week.

In the dying hours it plunged through and closed below the psychological 0.70000 level.

At the close, AUD/USD has taken pause at the November 2020 low of 0.69946 (see daily chart above) and it is probable that the level will not hold next week.

A look at the weekly chart (not shown here) reveals that the last three weekly candles have slammed to their lows at the close, and there are now lower shadows.

This points to heavy bearish pressure that the bulls are too weak to counteract.

In addition, potential bullishness in the US dollar emanating from a hawkish Fed, as well as bad news on Omicron could reinforce selling in the Aussie, even though the Dollar Index has been mostly moving sideways for the past couple of weeks, and has been consolidating its gains.

During the period it had flattered to deceive with a tentative breakout from a falling channel.

However, selling pressure reaserted itself in the direction of the previous trend, and it remains to be seen if AUD/NZD will retest levels around 1.03000.

That is possible if a risk-off environment continues to take hold across the globe, with commodity currencies getting hit from concerns for economic growth.

AUD/CNY spent the better part of last week languishing inside a sideways rectangle, but fell out with a gap down on the last day of the week.

It appears to be now barrelling down in the direction of the 3.9019 low struck when COVID struck in March 2020, pressured by China’s economic hostility, fresh Omicron fears and a global risk-averse mindset. 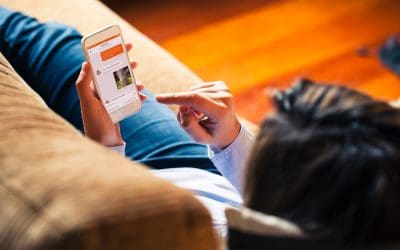 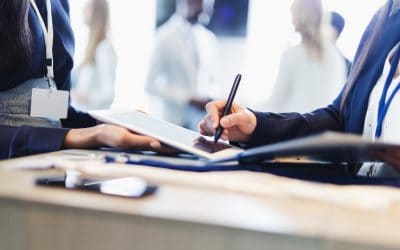 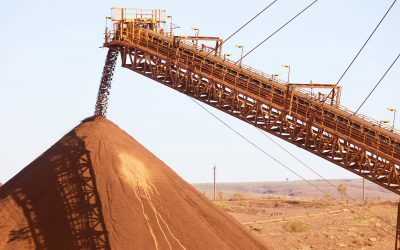